Scotland on One Wheel for Parkinson’s 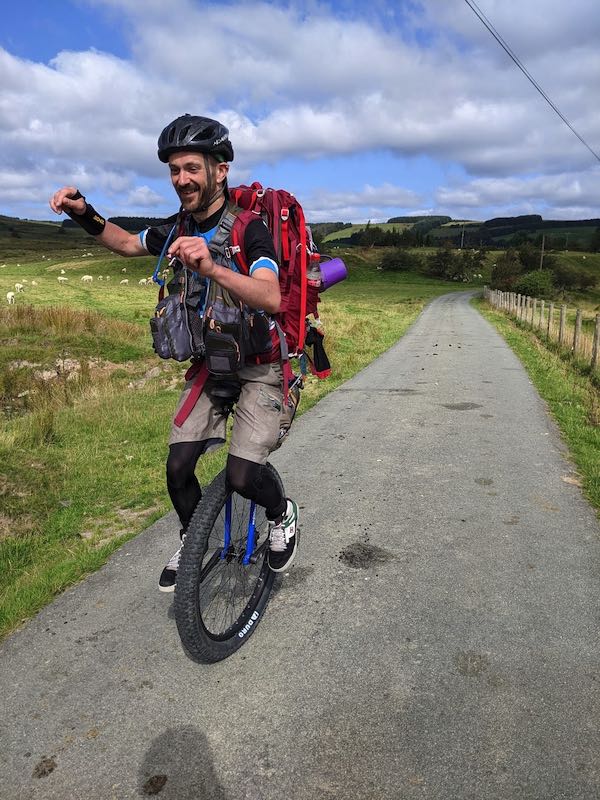 A man from Bristol will travel across the north of Scotland on a unicycle to raise vital funds for charities Parkinson’s UK and Mind UK.

Luke Evison, 38, was inspired to raise money for Parkinson’s UK because his older brother, Neil, was diagnosed with Parkinson’s in 2018 at only 44 years old.

Luke also chose to donate to Mind UK as their services have been extremely helpful for several people close to him.

Luke has set a target of £2,000 as he gets set to embark on his journey this Saturday 16 July from Glencoe.

His challenge will take around 12 days before he finishes up in Thurso.

Luke has family and friends in Scotland but will be doing the cycle on his own, sleeping in a tent and carrying only essential items.

But this isn’t the first major challenge Luke has taken on, having cycled from the top of Wales to the bottom last year on his unicycle.

“So the whole challenge is essentially riding around the North of Scotland – from Glencoe, solo and unsupported with a mixture of on-road and off-road riding, all the way up to Thurso.

“I’ll have my tent on me and any basic supplies I need like water and food.

“Just what I can carry!

“Last year I rode from the top of Wales, from Great Orme, Llandudno down to Barry Island at the bottom.

“Scotland is a bit like Wales’ big brother in a geographical sense.

“It’s not impossible to do but it’s more mentally draining than it is physically.

“When you’re riding somewhere new, you’ve really got to focus and keep your wits about you constantly.

“You’ve got to watch out for every bump and turn in the road.

“On a bike you can free wheel so you can switch off a little bit but on a unicycle, if the wheel is moving your legs are moving so there’s a different element.

“In that respect it’s therapeutic in a way because you’re just constantly in the moment but over 10 or 12 days that becomes quite tiring.

“I tend to ride smaller roads where I can and rarely travel on an A road so it’s a real mixture of stuff.

“If I don’t feel safe, I’ll jump off the unicycle straight away but that doesn’t happen too often.

“I plan my route to use as many cycle paths as I can and that’s another reason why I do a bit of off-road but then there’s a toss-up between what is safer, on-road or off-road in case I was to fall off.

“I’ll start from Fort William and head towards Inverness.

“I’ll then probably follow the Great Glen Way and then General Wade’s Military Road along the edge of  Loch Ness and then go from Inverness to Lairg and across towards Bettyhill and along the north coast before finishing up in Thurso.”

“We are so grateful to Luke for taking on this incredible challenge for Parkinson’s UK and we wish him the very best of luck.

“With more than 40 potential symptoms, Parkinson’s can devastate lives.

“We’ve made huge breakthroughs in the last 50 years, but there is still no cure and current treatments are not good enough.

“Fundraisers like Luke help us drive forward the groundbreaking research we need to transform the lives of people with the condition.”