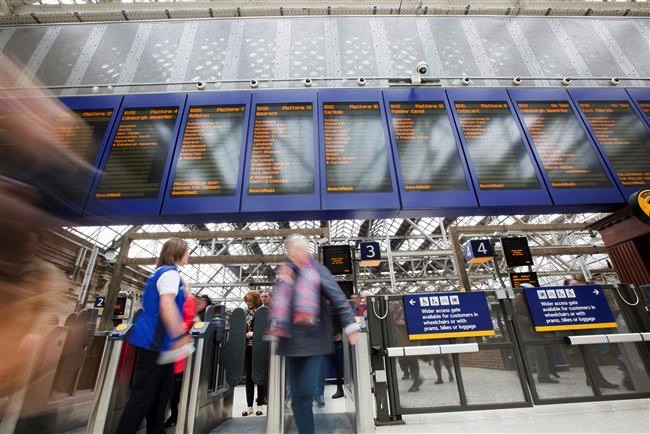 Due to strike action next week by RMT members of Network Rail, ScotRail is warning customers to expect several days of significant disruption.

This means a very limited number of services will operate on just five ScotRail routes in the Central Belt, with no service on all other routes.

On Tuesday, 7 June, the RMT union announced three days of strike action across the Great Britain railway network resulting from a pay dispute with Network Rail and some Department for Transport train operating companies.

This dispute does not involve ScotRail staff, however it will have a major knock-on effect on the train operator’s ability to provide services as the RMT planned action will involve Network Rail staff in Scotland.

Many of the Network Rail staff that are due to take part in the planned industrial action occupy safety-critical roles and, as such, it will not be possible for ScotRail to run the vast majority of services.

The important messages for customers are:

The below services will run on these days:

Final services will depart well before 18.30, so customers should plan ahead to ensure they know when their last train will run.

Network Rail will not be unable to open any other signal boxes to operate passenger services on any other routes on the strike days.

Customer retail systems will be updated to reflect this over the coming days, in the meantime customers are advised to check the following page for information: Network Rail Industrial Action | ScotRail

Disruption to ScotRail services will not be confined to the days of strike action and will also impact the day following each day of action – 22 (Wednesday), 24 (Friday), and 26 (Sunday) June.

On the days following strike action, there will be disruption caused by the reopening of signal boxes at different times across the country.

Signal boxes are key pieces of infrastructure located across the rail network that control train movements, their use is critical to ensure that the railway can operate safely.

While large signalling centres in the Central Belt will be able to operate from 07.15, this will not be the case at signal boxes elsewhere and it may well be later in the day before many routes are able to operate as normal.

This is particularly the case for routes beyond the Central Belt.

Customers are advised to check the ScotRail app or visit scotrail.co.uk for the latest information before travelling.

“It is very unfortunate to see such widespread disruption across the whole of the Great Britain rail network and we know this will be frustrating for ScotRail customers.

“Regrettably, this strike action by RMT members of Network Rail means that we will not be able to operate the vast majority of our services during the period of strike action.

“Customers should expect significant disruption to services next week, including on the days between strike action.

“On the five routes where we are able to operate a very limited service on strike days, we’re advising customers to seek alternative means of transport and to only travel if they really need to.”