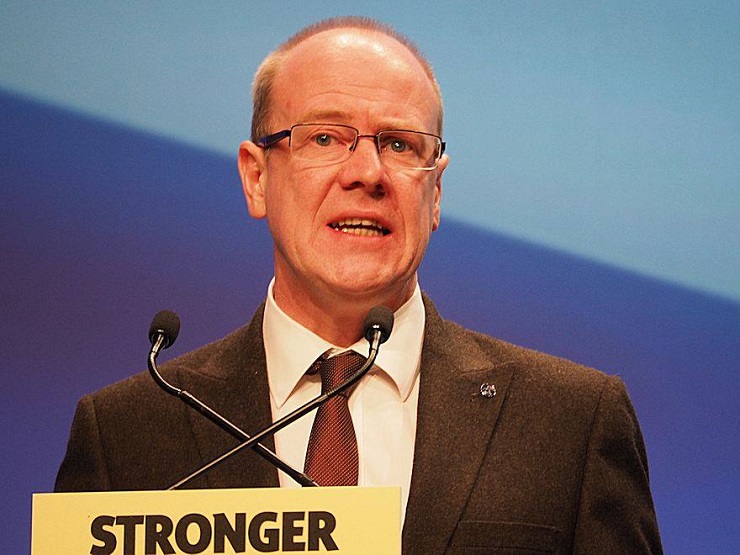 Scottish Tories called out for “shameful” record on housing and plans for Scotland.

It comes after Douglas Ross was challenged on Scotland Tonight over his social housing plans for Scotland.

When questioned, the Scottish Tory leader stated: “I am in favour of the Right to Buy.”

That policy – introduced by the Thatcher government – led to nearly half a million council and housing association homes being sold off in Scotland, meaning a significant number of homes were no longer available to later generations who wanted to rent in the social housing sector.

The end of Right to Buy marked a major milestone in the SNP Government’s steps to build a sustainable housing strategy for the future.

In stark contrast to the Tories’ plans, the SNP has set out a bold and ambitious strategy for housing at this election – with a pledge to deliver a further 100,000 affordable homes by 2032.

Already, in the four years to 2020, the Scottish Government has delivered 75% more affordable homes per head than in England and Wales.

In the SNP’s manifesto, the party is also committed to introducing a new Housing Standard to ensure the quality of existing homes keeps pace with new homes, developing a new Rented Sector Strategy in 2021 to offer greater protections to tenants and giving people genuinely affordable choices when renting, and reforming existing Rent Pressure Zone legislation to ensure local authorities can use it to directly address and cap unreasonably high rents in localised areas.

“The pandemic has shown that everyone should have a safe, warm, affordable home – and the SNP is committed to taking bold steps to build upon our record and expand our social and affordable housing stock if returned to Government this May.

“In stark contrast to the Tories’ shameful record on housing and their plans at this election – including support for a damaging and outdated Thatcher-era policy that would allow countless social and council homes to be sold off – the SNP has set out ambitious plans to deliver affordable housing.

“The SNP has a strong housing record that we are proud to stand on at this election – delivering 96,750 affordable homes, nearly 67,000 of which were for social rent, since taking office.

“As well as bringing forward a Housing Bill that will include key measures around strengthened protections for tenants, addressing rent levels and decarbonising homes.

“Only both votes SNP on May 6th will deliver an SNP Government that works for the people of Scotland and their needs.

“Our commitments will be a massive investment in jobs and housing, and will play a crucial role in Scotland’s recovery from the pandemic.”