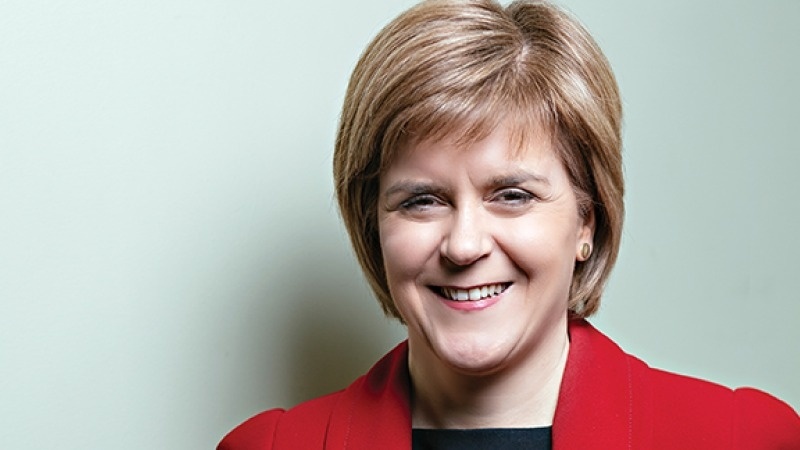 The committee and its report was intended to put the best interests, protection and wellbeing of women at the centre of its considerations while giving the Scottish Parliament a critical opportunity to improve outcomes for those bringing forward sexual harassment complaints against the Scottish Government.

Our purpose was to identify mistakes and make recommendations so women who might find themselves in a similar position in the future are not let down in the same manner.

Over the course of many weeks we heard from civil servants about exactly what went wrong, and we have made a set of recommendations to remedy obvious faults and shortcomings.

We identified that civil servants were evidently too assured of their own capabilities to design and administer these procedures and that appears to have bred over-confidence if not complacency.

From the outset, the matters we investigated were handled by too small a coterie of civil servants, without sufficient checks, balances and external opinion and without due appreciation of the potential significance of their undertaking.

We believe various recommendations – including to clarify and amend the role played by the Permanent Secretary as ‘Deciding Officer’ – will drive improvements to create a more robust policy to better safeguard the interests of future complainers.

The committee also acknowledges that the report from James Hamilton is the correct place to answer all questions on the ministerial code.

We are satisfied Mr Hamilton has subsequently delivered his clear conclusion that the First Minister did not breach the code.

These are some of the positive outcomes of this process.

However, we have substantial concerns that unfortunate behaviour by some committee members will have a chilling and counterproductive effect on our primary objective of protecting the best interests of women.

We fear conduct over several months of some members – their skewed focus, overt politicisation and lamentable disregard for complainers – will dissuade women from coming forward in the future.

That is a matter of the deepest regret.

The two original complainers bravely invested their trust in the committee to give evidence in the hope it would make it easier for women to protect themselves from the unwanted advances of male colleagues.

“I hope that there will be an opportunity through the work of the committee and its report to potentially right some of those negative impacts and to set a positive example of how such complaints can be dealt with in future in a way that creates a culture in which people feel that they can come forward and have their complaints handled appropriately.”

However, their trust in this committee – and by extension our parliament – was betrayed by a committee member who decided not only to leak the women’s evidence against their directly expressed wishes but to distort and misrepresent that evidence for political ends.

That betrayal of trust should be a matter of grave concern for all who cherish decency and integrity.

That disregard for these women is unworthy of this parliament and a discredit to those responsible.

Sadly, it was just the latest, if perhaps the most egregious, in a litany of leaks from what should have been a confidential process.

For some committee members, the requisite degree of impartial objectivity was deserted in pursuit of naked party politics.

Their leaks, misdirection, speculation and smears by press release or social media created a media circus which added immeasurably to the women’s ordeal.

We know that to be the case because, so damaging was the increasingly febrile coverage fed by constant media leaks and speculation, the women felt compelled to publicly ask for it to stop.

The women told the committee:

“When material is put on to social media by committee members that is then used as a way to accelerate or extend that narrative past the point of the remit of the Committee or past the point of evidence, that is extremely difficult for us to see.”

Yet some members ploughed on, apparently considering the women collateral damage in their pursuit of political agendas.

This unprincipled repeated pattern of behaviour was not just a betrayal of the women but a deliberate attempt to undermine Scotland’s parliament.

Some members chose to use the committee as a vehicle to diverge down increasingly bizarre and obscure rabbit holes, prompted by conspiracy theories emanating from outside Parliament that, without exception, immediately fell apart under scrutiny.

This culminated in the spectacle of the Scottish Parliament using its powers under s.23 of the Scotland Act for the first time, not to order the release of important documents or the appearance of a crucial committee witnesses, but instead for the recovery of communications between private individuals which proved to be simple messages between women supporting each other through an ordeal not of their making.

We also had the inexplicable decision of the Scottish Parliament Corporate Body to publish evidence despite being warned that it was legally unsafe to do so.

This avoidable episode enabled unscrupulous opposition leaders and media commentators to make groundless accusations against the integrity of Scotland’s institutions.

And then last week, we had the final unedifying outcome of amendments being brought forward and voted to be included as final conclusions based on prejudiced opinion with no evidential basis in fact.

This committee was trusted with the task of helping those who come forward with complaints of workplace abuse – but members of this committee abused that trust.

Because these numerous issues overshadowed the voices of women, we believe the last words should come from Ms A and Ms B, but this time presented accurately and with their permission:

“One of the most distressing aspects has been to see media commentary on how this has set back the #MeToo movement, which is obviously the complete opposite of what any of us hoped to achieve by starting to put those things on the table.”