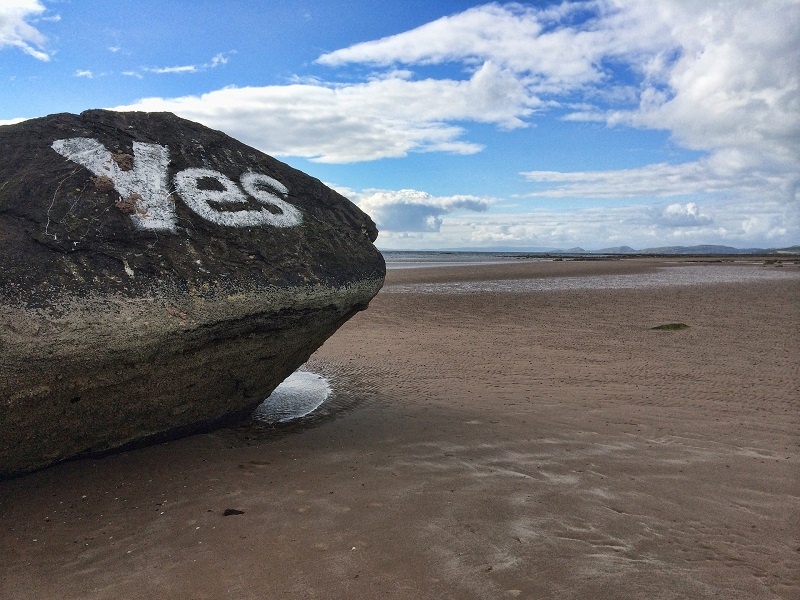 “Wednesday’s judgment from the Supreme Court has galvanised the Yes movement right across Scotland.

“Thousands of people took to the streets – in freezing Scottish winter weather – to demonstrate their support for Scottish democracy.

“Because for people in Scotland, the outcome means this: the myth that the United Kingdom is a voluntary union of nations has been comprehensively – and permanently – shattered because of the behaviour of the Westminster parties.

“The so-called partnership of equals is anything but.

“Tory, Labour, Lib Dem – they’re all joined at the hip.

“They now have to defend the indefensible.

“If they thought that this outcome would be helpful to them, they have made a catastrophic miscalculation.

“The inconvenient truth for Westminster is that much as they would prefer otherwise, the Scottish independence movement is not going away.

“Indeed, it is growing.

“And it is winning.

“Because it is now as much a democracy movement as an independence movement.

“This, then, is the week the campaign for independence changed.

“It changed for two reasons.

“Firstly we are defending a universal, basic right – the right to make a democratic choice.

“Secondly the idea of the UK has been shown to have changed from a voluntary union to a Westminster control system.

“Those two factors give us the opportunity to reach out as never before to those not yet persuaded.

“Because I am convinced the vast majority of people in Scotland believe in the right of people to live here to choose their own future.

“And the vast majority believe in the idea of equal partnership with our friends in the rest of the UK – a partnership it is now crystal clear can only be achieved through independence.

“The more they demonstrate the UK is not a partnership, the more people here will demand the equality that will come with independence.”