Unsafe Footbridge Accessed by Vandals Who Cut Through Barriers 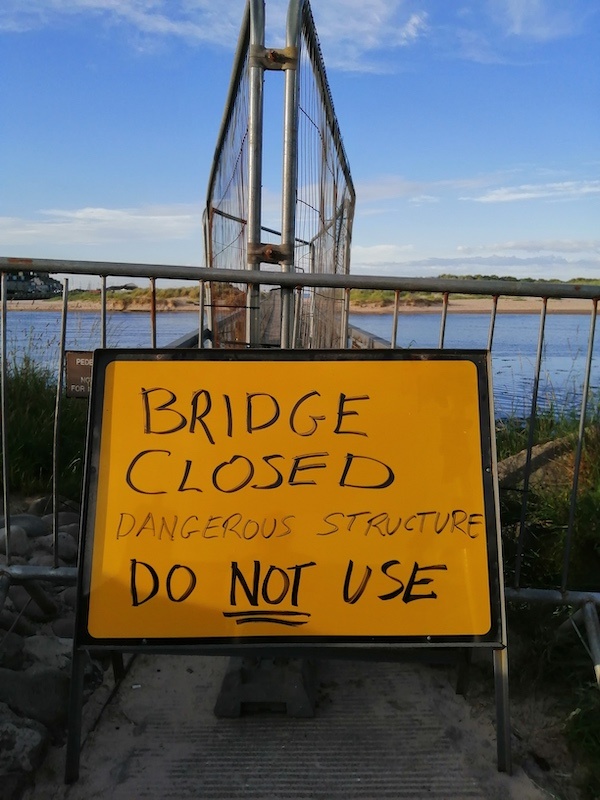 Barriers on the unsafe footbridge to Lossiemouth’s East Beach were removed by people crossing the bridge over the Easter weekend.

Warning signs and security fencing preventing passage across the dangerous structure have been in place since the bridge was closed some months ago.

However, padlocks and chains used to secure the barriers were removed with bolt-cutters or other cutting equipment very early into the holiday weekend.

Moray Council staff were on site over the weekend to re-instate the fencing and barriers, but sourcing replacement security equipment during the lockdown takes longer.

Police have been alerted and officers will be increasing their attention to the bridge access.

A council spokesman warned that anyone using the bridge risks serious injury due to the frail condition of the ageing structure.

“Everyone understands that the closure is deeply frustrating, especially on a holiday weekend but the bridge is unsafe – it’s as simple as that.

“Most are being responsible and avoiding using the bridge, but there’s always one or two that think they’re immune to injury and that public safety messages do not apply to them.

“Anyone choosing to ignore the warnings and barriers puts themselves at risk, and in the event of an accident places further burdens on the emergency services at this demanding time.”