Worries Over Fresh Spike in Access and Fly Tipping Issues 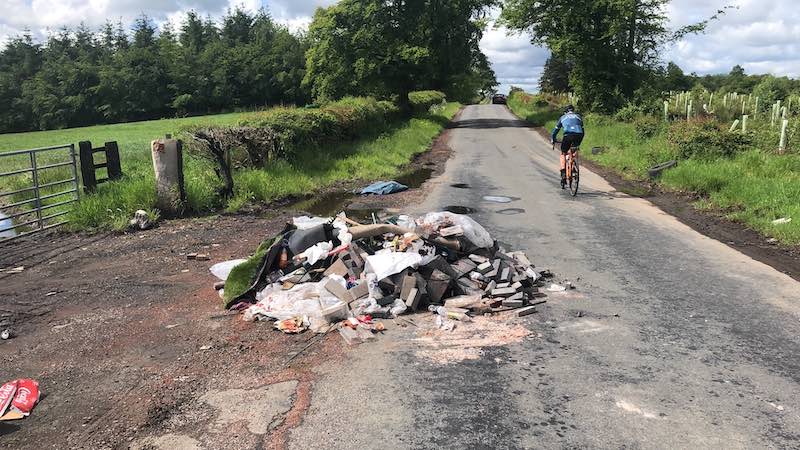 With the second phase in lifting lockdown restrictions due, and larger groups likely to be permitted to meet outdoors, a new wave of people taking access in the countryside is expected.

To coincide with this and to help inform the public about farming activities that they may come across while taking access, linking those to food production and the countryside, NFU Scotland’s Next Generation has produced a new range of colourful posters for their members and they will launch these in the next few days.

Many of the thousands who have accessed the Scottish countryside in the past 12 weeks have done so responsibly and recognised the need for farmers and crofters to look after livestock and grow crops safely during this exceptional crisis.

However, there is an irresponsible minority spoiling it for the majority.

A catalogue of incidents and case studies compiled by the Union show how difficult this period has been for many farmers, especially those on the urban fringe.

The Union has recorded:

People walking through fields of cows with calves or ewes and lambs with dogs off the lead.

Failing to pick up dog poo and, in some instances, bagging dog poo then throwing it into fields.

Abandoning vehicles in gateways and farm roads to go for a walk or cycle.

Ignoring requests to use hand sanitiser when opening and closing farm gates.

Taking access across fields of crops, such as wheat and barley rather than walking round.

Gates not being left as they found them.

Arson, vandalism and property and posters being destroyed.

Sadly, Scotland’s countryside has also continued to be used as a dumping ground.

In the first stage of lockdown restrictions being lifted, local authority recycling centres have only re-opened to some bagged waste which means reports of fly-tipping continue to grow.

The actions of some have seen them target fields, laybys and lanes to dispose of commercial building waste, household waste, unwanted furniture and appliances and DIY remnants.

Garden waste has been getting dumped and that poses a huge risk to the health of livestock.

The key messages from the Union are:

Please leave gates as you find them.

Leave no trace – don’t’ damage crops and take your litter home with you.

Be aware of livestock and keep your dog under control.

“We continue to see a significant increase in the numbers accessing and safely enjoying the countryside, many of whom will be new to the outdoor experience.

“Farming operations and the production of food have continued throughout the crisis, giving people the opportunity to see the working countryside in action and learn a bit more about where their food and drink comes from.

“However, the work and effort that many of our members have put in this spring to keep plates and glasses full has been spoiled by the poor behaviour of a minority.

“The majority of people are as appalled as we are at the catalogue of destruction, vandalism, livestock worrying and flytipping we have sadly seen in recent times.

“To help inform the public about farming activities that they may come across while taking access, and link those to food and the countryside, NFU Scotland’s Next Generation has produced a new range of colourful posters for our members and will launch these in the next few days.”