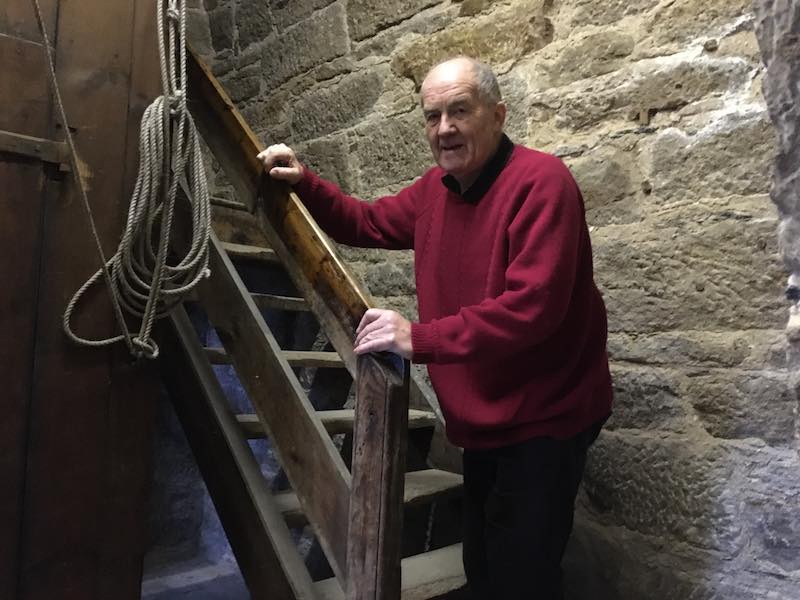 A project to develop the clock tower in one of Forres most historic buildings is ticking along thanks to an injection of cash.

The Forres Heritage Trust has received £20,000 in funding from the Berry Burn Community Fund which will be used to help an initiative at the town’s Tolbooth move forward.

Forres Heritage Trust which looks after the Tolbooth and also Nelson’s Tower plans to upgrade the walkway around the clock tower turning it into a tourist attraction.

“Our plans are very ambitious and this funding is now going to enable us to proceed with the development.

“The money will be used to make repairs around the walkway and also to carry out extensive pointing of the stonework around the clock tower.

“This funding will allow us to progress to stage two of the plans which is about making the walkway safe.

“Clearly the Tolbooth is a historic building so we have to ensure that any works we carry out are done so in keeping with the building.”

A new stairway which gives access to the walkway is due to be installed in the next few weeks.

Forres-based AJ Engineering has designed the stairway and fabrication is complete.

“The stairs have been fabricated and they are away being coated.

“We had hoped to have the stairs installed already, but due to government restrictions regarding essential work, we have had to hold fire.

“The Tolbooth is one of the town’s oldest buildings and these new stairs will certainly be robust enough to last for hundreds of years to come.

“The development at the Tolbooth is going to be a fantastic addition and will be another reason for people to visit our great town.”

The old wooden stairs which were removed by volunteers revealed signatures which it is believed are of workmen who worked on the tower since the early 20th century.

“We were able to remove the stairs quite easily and in doing so we revealed the signatures.

“There is always some little gem that you come across when carrying out renovations in a building with such historical significance.

“I dare say that when AJ Engineering come to install the new staircase, we will ask the workers to continue this tradition and put their signatures somewhere too.”

Speaking of the hopes for the project, George added:

“Not many people know about the walkway and our aim is to make it safely accessible for locals and tourists.

“We are delighted that it is progressing at such a pace.

“Once the pointing is completed, we will then need to look at getting a safety rail of some sort designed and installed around the parapet.”

The project has already received £9375 from the Town Centre Regeneration Funding which was allocated for ‘alterations to the outside gallery around the clock tower.’