Massive Effort to Save Larch 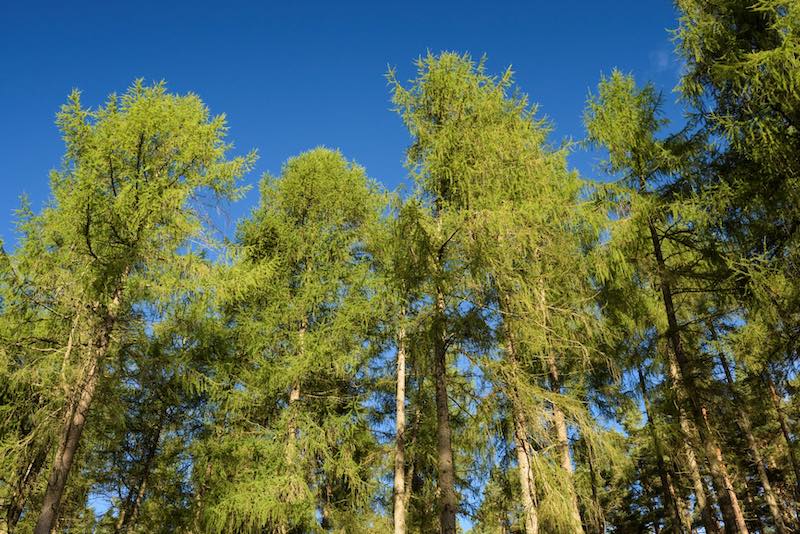 Forestry and Land Scotland is to step up its efforts to manage the larch killing disease Phytophthora ramorum in a bid to get on the front foot in slowing the spread of the disease.

First confirmed in Scotland in 2010 the fungus-like pathogen can affect Japanese, European and hybrid larch and over the past ten years, control measures have involved felling millions of trees across the country.

Not acting would have made the impact of the disease considerably worse.

It also means that resources can be used more efficiently with less time and energy being wasted on having to reorganize resources and re-structure work plans by dealing with the disease in a reactive way.

“Like all other land managers in Scotland, we have been playing our part in working to control this disease.

“With no known cure and eradication of the disease considered to be unachievable, the only available counter measure is to slow the pathogen’s spread by felling.

“Previously, we have been waiting until the disease arrives at a location and then have responded to the Statutory Plant Health Notice that requires us to fell infected and ‘at-risk’ trees in the vicinity by a set date.

“But a reactive approach puts a fairly hefty spanner in the works of our normal work programmes.

“We have to stop planned harvesting works, move people and machinery, deal with the diseased crop and also re-plan the work that we would normally have been doing.

“It’s a significant challenge for how we manage our resources to best effect for the  business.

“This new approach allows us to get more on the front foot and build disease management in to our annual felling programmes, making the effort to tackle the disease more cost efficient, manageable and sustainable.

From its locus in SW Scotland, the disease has spread aggressively up the west coast of the country, where FLS land can be steep, rocky and often difficult to access.

Including road construction and pre-emptive felling of larch into day-to-day work plans will not only help to further slow the spread of the disease but will also help FLS to manage the cost and resource burden over a longer period of time.

Road construction will also provide access for harvesting in years to come and improve access for responding to other hazards, such as storm damage.

The disease risk is greatest in West of Scotland, and although present elsewhere, the level of risk steadily diminishes towards the East of the country.

“We are adopting this new approach proportionately with those risk zones so that all of our teams can better manage their contribution to giving Larch in Scotland more of a fighting chance of surviving.

“We will plant a variety of species to replace the larch that are felled to minimise as much as we can the impact of their loss in the landscape.

“It is all part of the process of adapting the forests to be more resilient for the increasing threats from pests and diseases and climate change.”

In SW Scotland, FLS aims to remove all larch on the land it manages by 2032.

In the next most vulnerable zone the target is at least 50%, the next again at least 20%.

In the more northern and eastern parts of Scotland, where it is hoped that there is a long term future for larch , the intention is to only fell larch if it is due for felling or if they become infected and subject to an SPHN.

As part of its proactive approach FLS will also construct access to larch that are not being felling, in order to allow for swift access and action if at some future date they become diseased.