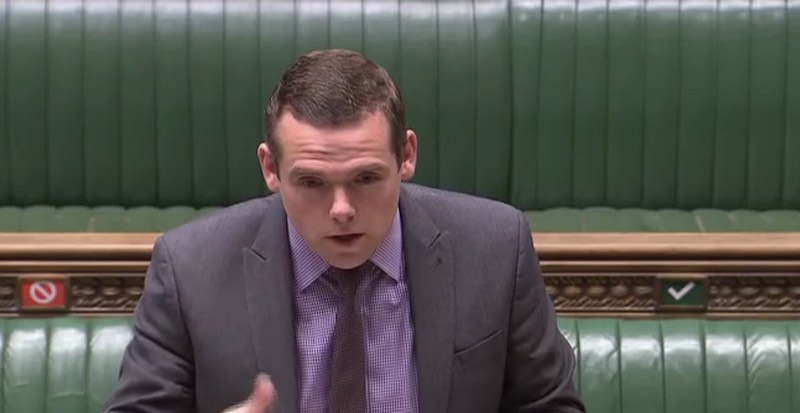 This week Moray MP Douglas Ross (pictured) returned to Parliament where one of his duties was to lead a new piece of legislation through the House of Commons which allows for individuals who are convicted of assaulting a police officer in Scotland to be issued with a restitution order whereby a fine can go towards supporting police officers or staff who are assaulted.

The legislation also allowed for payments of these fines to be taken from an individual’s welfare benefits to ensure the fines are paid.

This change was requested by the Scottish Government and was agreed unanimously across parties in the UK Parliament.

“Whilst this was largely a technical piece of legislation it provided a good opportunity for MPs of all parties represented in Scotland to highlight the outstanding work done by police officers and staff in Moray and across the whole country at this difficult time as we continue our battle against Covid-19.

“It’s also important to recognise the outstanding work they do at all other times when they are on the front line protecting us and they should never be assaulted or threatened for simply doing their job.

“As I said during the debate it’s deplorable and abhorrent that in the first three weeks of the restrictions being put in place to deal with Covid-19, over 100 coronavirus related attacks and threats were aimed at Scottish police officers which included them being spat at or deliberately being coughed on.

“Following the passage of this piece of legislation, restitution orders can now be imposed on anyone being found guilty of assaulting a police officer in Scotland, with the funds going towards the cost of support services for any victims and importantly, any non-payment of a restitution order can now be deducted from an individual’s benefits where appropriate.

“As explained, I had travelled to Parliament to take this order through the House and I feel it’s important that we have now finally delivered this as a number of delays from the Scottish Government has meant it’s taken seven years to get to this stage.

“I hope this shows that once again the Scottish and UK Governments can work together to get things done while, importantly, we also re-iterated and re-emphasised our support for the hard working and dedicated police officers and staff right across the country.”